I just read the article “Men interested in Transwomen (MSTW): Gendered Embodiment and the construction of sexual desire” by Weinberg and Williams in the Journal of Sex Research. I was happy to see that the research took an anthropological, natural, and more over natural method. I liked reading the very down-to-earth article written in friendly and common language which easily led from background to results with little dis-ease and a good fluidity.

Now for the real discussion: the topic and its results. 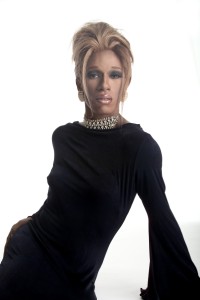 still  have a penis. These transwomen were also studied to find the push pull of the sexual desire that creates this relationship. I was amused that the transwomen were depicted with their make-up, heals and tight dresses much as I have seen on sex and the city – as well as in my own city downtown in Phoenix. The men though are the question. We know that transwomen are highly feminized and have taken extra efforts to be ladylike and flirtatious. Many of us have seen this on the street corners and in bars ourselves. What I liked was the men.

The men in the bar who like transwomen reported to be 50% heterosexual, were young (average age of 26) and varied on education (high school through grad degrees). It seems that the big point I got from the article is how the ultra feminism in dress and some speech patterns are not all it takes to allure a man under these circumstances. The big happening I think, was the over sexuality and overt talk amongst the men and transwomen. The men reported that the transwomen look like women, but act like a man. This was described with their overt talk of cocks, penis size, rubbing genitals, a lot of physical touch and physical flirting. This raw overt sexuality seems to be big factors in making many of the men in the bar feel comfortable and thus more open to the idea of even hetero males being sexual with a transwoman due to the comfort and ease of the conversation.

As the article points out, the parameters and constriction of conforming to a gender role, sex, and sexual orientation are all limiting. This is yet another example of real-life ambiguity that lends me to think that our definitions themselves need to be redirected to be more encompassing and less restricting. I personally would not place a male who has sex with a transwoman in the “heterosexual” cubby – but then I would not place him in the “gay” cubby either. Luckily researchers get past this dilemma by asking the participant to label themselves – but the options are still just as limiting. Seems like the cubbies need to be fixed.

So if you are a guy who wants a woman who dresses up but thinks like a man – be open to the transwomen; just because you conform to a certain “cubby” of hetero, homo, or bi does not mean that your true life actions will always fit.

Want To Try Out My Online ED Course For FREE?

You’ll Get To See The First Lesson 100% FREE

Want To Try Out My Online Pain Management Course For FREE?

You’ll Get To See The First Lesson 100% FREE